I'm not exactly proud to have Paris Hilton in my style star post, but I can't just put her aside just because I'm not her biggest fan. I must admit that she looked very good at the 2007 MTV Video Music Awards, and I have to applaud her for that.

Unlike her other female counterparts, who dress a little less than tasteful, Ms. Hilton looked stunning in a Dolce&Gabbana leopard print dress.

This dress has tons of class and is actually pretty conservative if you consider the circumstances. Although the leopard print gives it some edge, it still has that sophisticated look to it.

She did a beautiful job on pairing that dress with a pair of pointy metallic see-through pumps (or at least her stylists did), and she kept her jewelry to a minimum, which I really liked.

I can't say much on her hair though. I'm not a big fan of short hair…but some styles look good. This one, a little too grandma-ish for me! 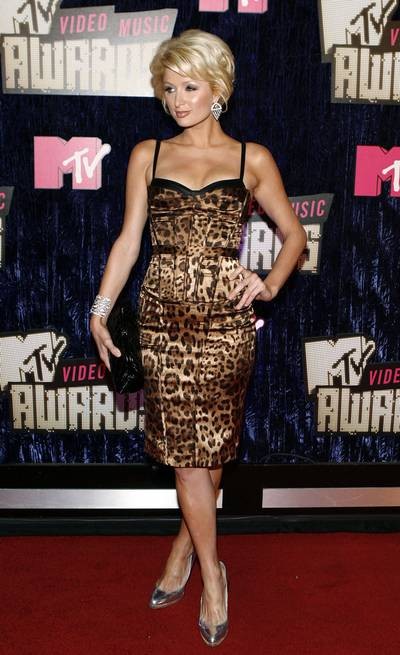