How to Use Castor Oil To Grow Long, Thick Hair

If you've been trying to grow your hair longer, you may have heard of castor oil. Castor oil is a carrier oil which means that it works amazingly together with other oils such as coconut oil, jojoba oil, olive oil, etc. A carrier oil is an oil that makes another oil work that much harder. Think of how black pepper is used to better absorb vitamins and minerals from foods. Castor oil works the same. But aside from being a carrier oil, castor oil is so much more than that.

Because of its very high concentration of unsaturated fatty acids, castor oil has been used for centuries for medicinal purposes for everything from rheumatism to constipation. An excellent anti-inflammatory, castor oil works wonder on almost any skin diseases and infections, especially dry skin and acne. But there's another secret to castor oil that more people should know about. Castor oil has been used for thousands of years for hair loss! Its properties works miracles on thinning, brittle hair. Not only does it regrow lost hair, but it also thickens the hair shaft, promotes a healthy scalp, and increases hair growth. So how to use castor oil to grow long, thick hair? I'll show you!

How to Use Castor Oil To Grow Long, Thick Hair 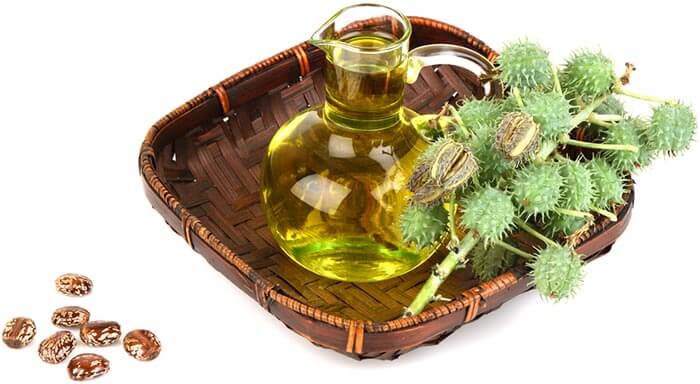 Castor oil can be found at almost any health food store, in the medicine isle, or online. Prices range from $7 and upwards for a 1-2 fl oz of castor oil. Of course, you can always find it cheaper online. But the most important thing to look at when purchasing castor oil is this: make sure it's 100% pure castor oil, that's it's organic, and that it's cold pressed. That's it! If it has any other ingredient in it, it's not 100% pure castor oil.

There are thousands of different applications, so you can play around and see what works best for you! Most people like mixing their castor oil with coconut or olive oil, but you can also just use it by itself. But remember: a little goes a long way!

Depending on the thickness and length of your hair, play around with measurements until you get the right amount for you.

Massage gently into scalp for a few minutes to get the blood circulation. Apply the rest onto ends.

Slip on a shower cap and leave on overnight. The castor oil can stain, so make sure you protect your clothing and sheets.

In the morning, rinse it out and shampoo and condition as you normally would. Be aware that castor oil is very thick and can sometimes be hard to wash out.

After washing, you can apply a tiny drop to your ends. Castor oil is amazing for split ends!

Apply a small amount of castor oil to your eyelashes before bed. Within weeks, you'll see a major improvement!

The 13 Best At Home Chemical Peel Products For Glowing Skin

The Benefits of Coconut Water for Skin