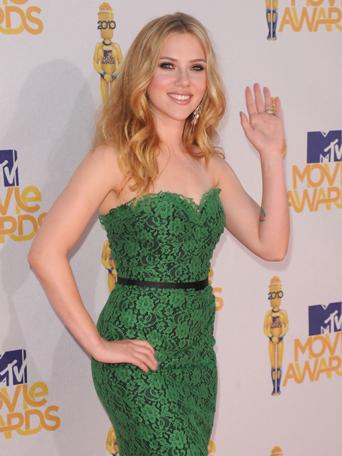 Scarlett always looks stunning so it's no wonder she looks amazing here in an emerald green dress. And can I say how much I love the hair? 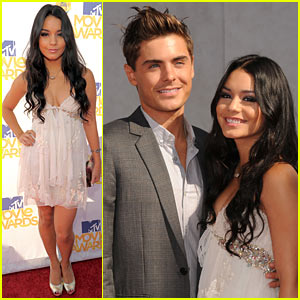 Vanessa Hudgens looks cute as a button in this chic flowy white dress, especially next to Zac Efron…they just make the cutest couple! 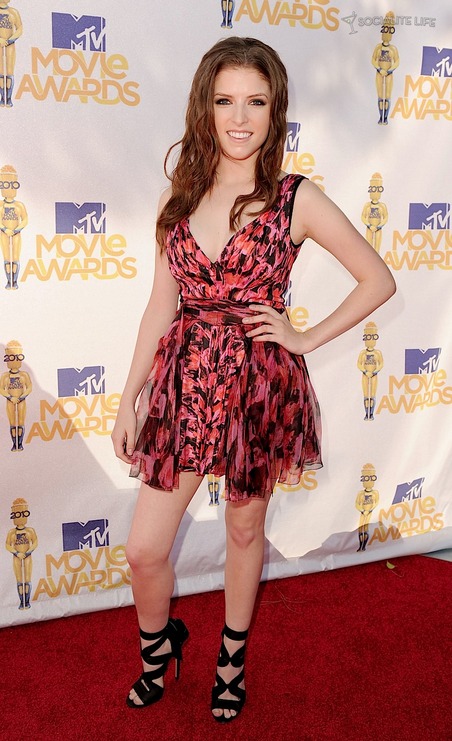 You might remember her from Up in the Air, but she looked stunning last night at the awards in a summery and flirty Zac Posen dress. 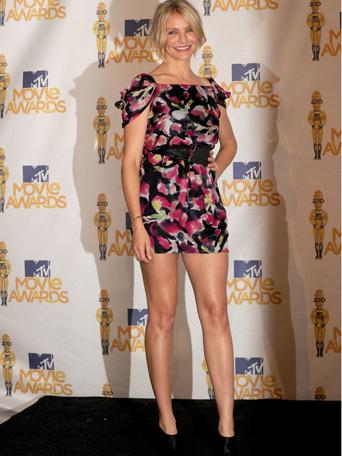 Cameron graced the red carpet in a beautiful Diane Von Furstenberg short dress which she pulled off like a pro. Again, don't you just hate Cameron's legs? 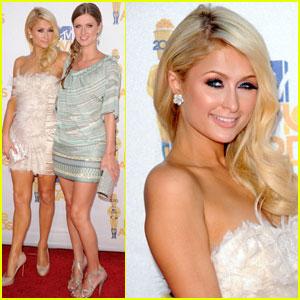 I can't say I've liked Paris' dress choice in the past, but all animosity aside, I really liked this white feathered dress on her…it was kind of sweet and angelic, don't you think? 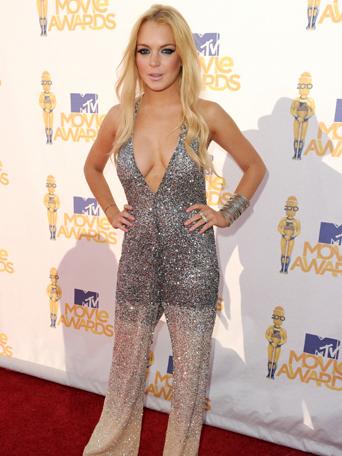 I know Lindsay had to wear pants to cover her ankle Scram bracelet, but a sparkly flared jump suit? I'd have to say this is one of the worst if not the worst dressed person at the MTV Movie Awards. 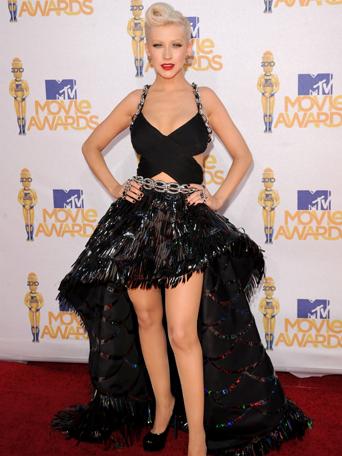 Apart from the fact that Christina Aguilera looked like Marilyn Manson and Lady Gaga had a child together during her performance, this red carpet look isn't working either. Didn't she just have a baby not long ago? Please, Christina, have some respect for yourself…or at least for your baby! 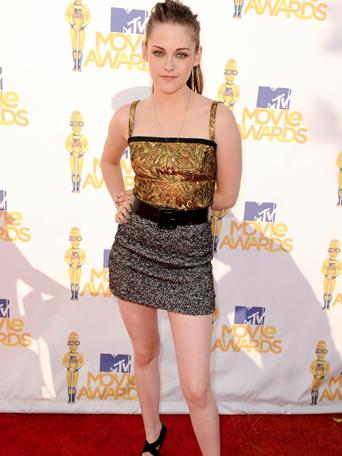 Ok so I get the fact that Kristen is very awkward in person as you might have noticed, but does she have to look awkward too? That Dolce and Gabbana dress just isn't working for her for some reason..maybe it's her hair? I don't know, I know I just don't like it! 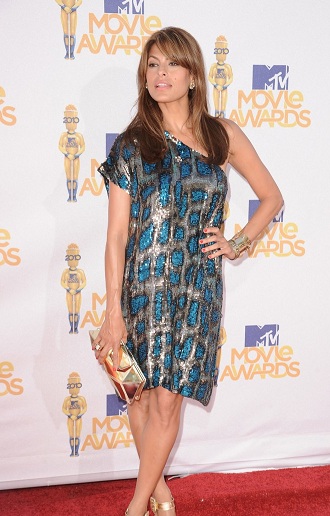 So…meh..I really didn't care for her outfit very much. That dress had no shape to it, and it just looked like she was trying to hide something. Maybe a bun in the oven? Who knows? 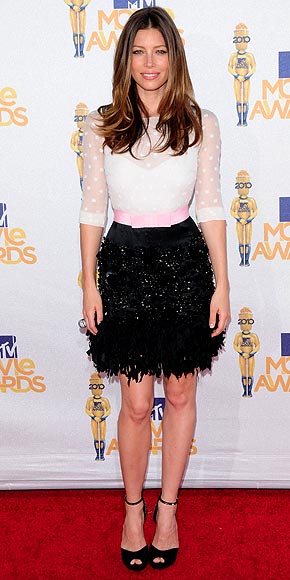 Jessica Biel looked like she got dressed in the dark. I don't know if she was trying to look like she knew what she was doing, but it just looked BAD. 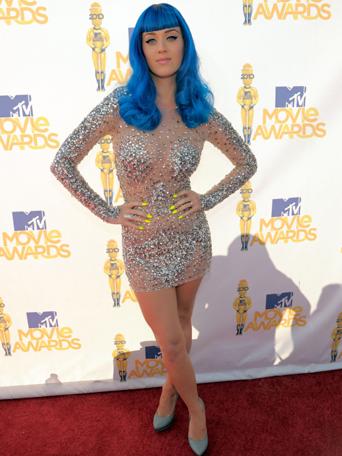 I'm not sure if I love it or hate it, so I'm going to leave this one undecided and let you guys judge for yourselves! I definitely have to give her big props for pulling off a bright blue wig (which actually looked cute on her!).  I do love the nail color though!